Administratively, Hungary is divided into 19 counties with the capital city of Budapest being independent of any county government. 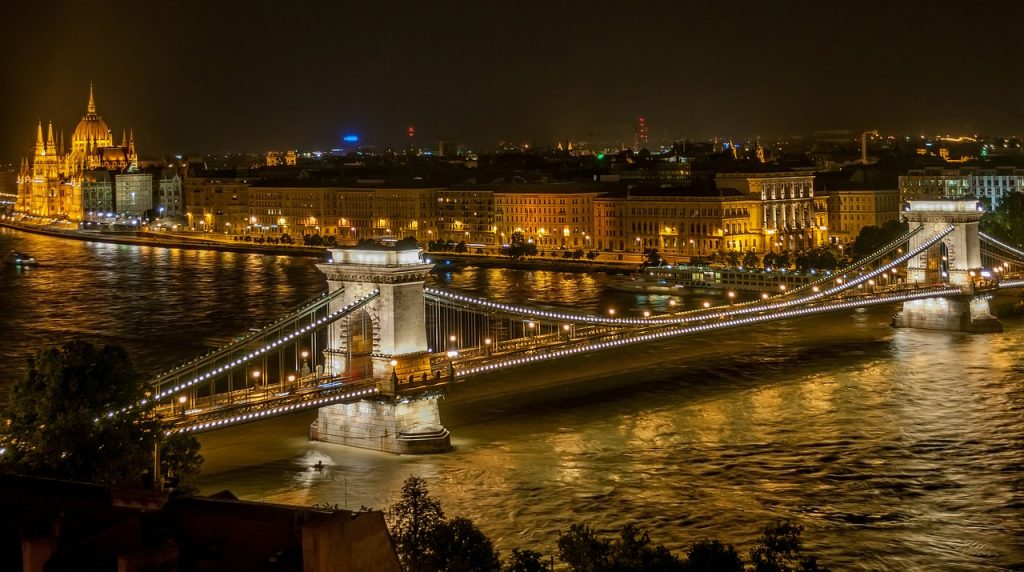 Hungary is among the top tourist destinations in Europe with the capital Budapest regarded as one of the most beautiful cities worldwide. Despite its relatively small size, the country is home to numerous World Heritage Sites, UNESCO Biosphere Reserves, the second largest thermal lake in the world (Lake Hévíz), the largest lake in Central Europe (Lake Balaton), and the largest natural grassland in Europe (Hortobágy).

Hungary is a landlocked country, situated in the Carpathian Basin. Its two longest rivers called Danube and Tisza divide Hungary into three parts: Transdanubia (to the west of the Danube), the plain between the Rivers Danube and Tisza, and the Trans-Tisza region (to the east of the Tisza). Hungary’s ‘mountains’ are actually hills, which seldom exceed an elevation of 1,000 metres. Two-thirds of Hungary’s geographic area is less than 200 metres above sea level.

Lake Balaton, covering 598 km2, is one of the biggest tourist attractions of the country. The average depth of the lake is two to three metres, so the water warms up quickly in summer. 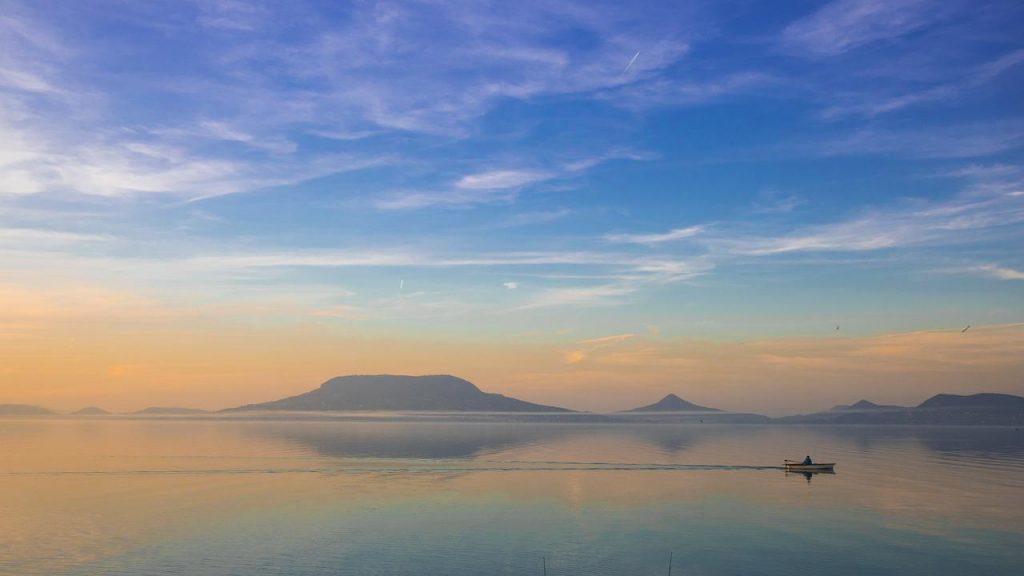 There are ten national parks in Hungary. Three of them situated on the Great Plain – Hortobágy, Kiskunság and Körös-Maros – provide protection to the wildlife and fragile wetlands, marshes and saline grasslands of the open puszta. Two are in the north: in the almost completely wooded Bükk Hills and in the Aggtelek region with its extensive system of karst caves. Danube-Ipoly is in Central Hungary, Balaton Uplands is in the West and Danube-Drava National Park is located in the South-west of the country, at the Croatian border. Őrség and Fertő-Hanság are situated at the Austrian border. 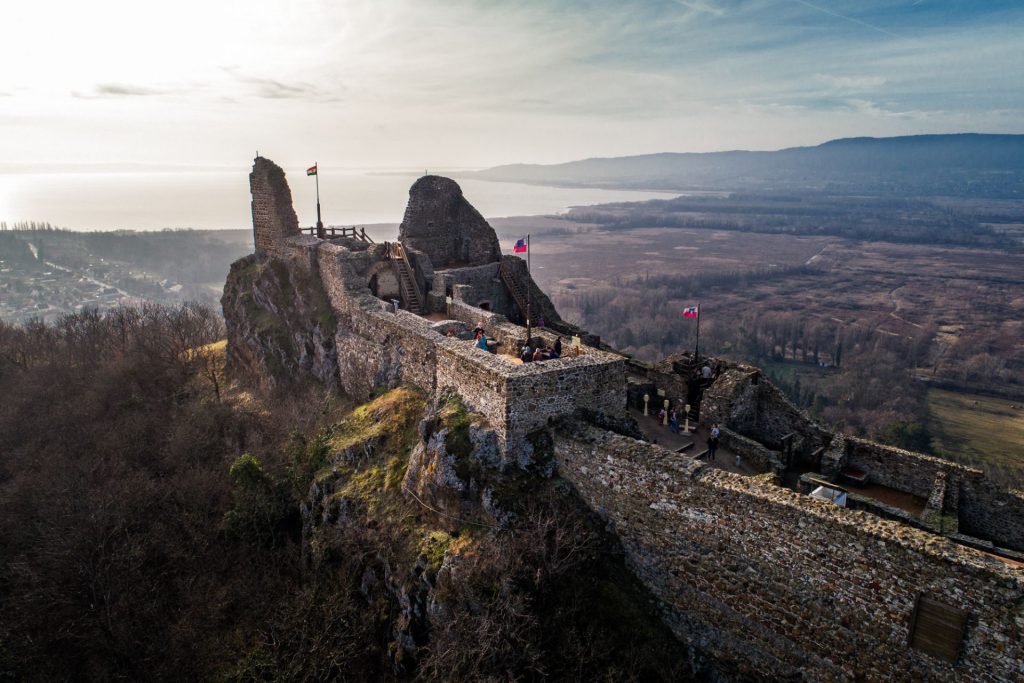 Hungary is home to more than 2,000 flowering plant species, many of which are not normally found at this latitude. There are a lot of common European animals here (deer, wild hare, boar, otter) as well as some rare species (wild cat, lake bat, Pannonian lizard), and three-quarters of the country’s 450 vertebrates are birds, especially waterfowls, which are attracted by the rivers, lakes and wetlands.

For many international runners the Hungarian climate can be very different from that of their countries,  as Hungary has four different seasons. Whilst summers are warm, winters can be really cold; average temperatures range from -4 °C in January to 26 °C in July.

Hungary is in the temperate zone and has a relatively dry continental climate. The country is protected from extreme weather conditions by the surrounding mountain ranges, the Alps and the Carpathians. 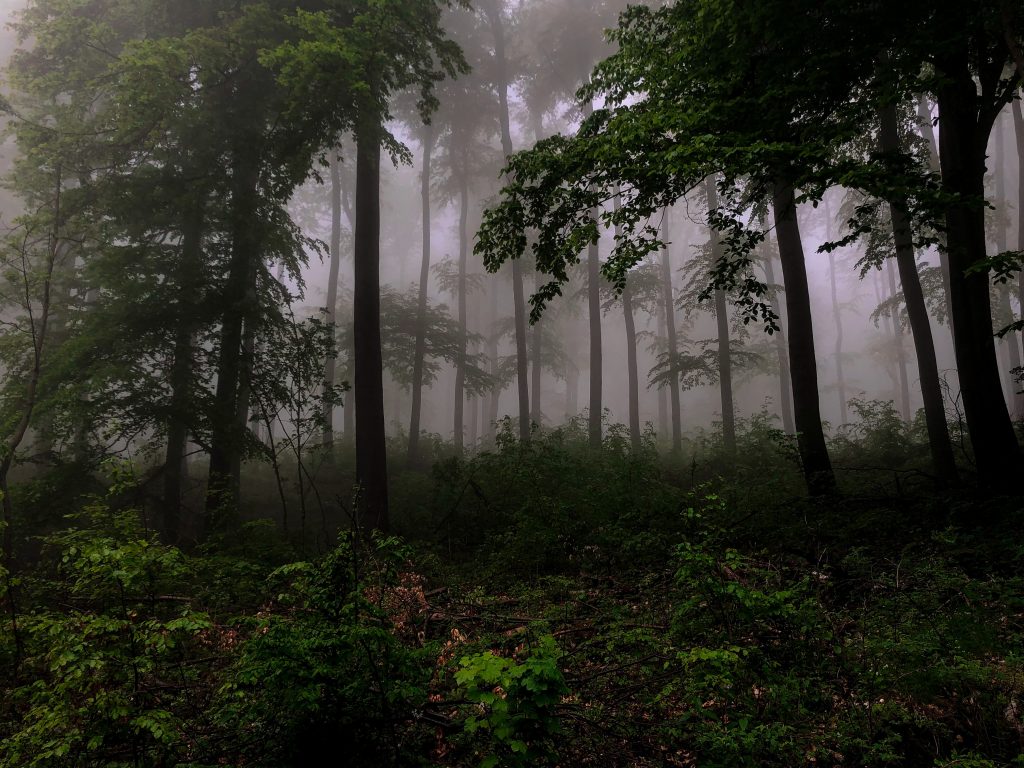 It’s not always easy to find the right clothes to suit the weather, but the beauty of each season is definitely worth the effort.

This site has the remains of monuments such as the Roman city of Aquincum and the Gothic castle of Buda. This quarter encompasses the area on the Buda side and attracts locals as well as tourists with its medieval style. Besides the Buda Castle, Matthias Church, and the Fisherman’s bastion the fascinating view of the Pest side behind the river Danube is a good reason in itself to visit here – but the quarter often offers exhibitions, concerts and other amazing programmes.
On the Pest side, Andrássy Avenue was added to the list as it presents a unique architectural image of Budapest, connecting Elizabeth Square in the capital’s innermost area with Heroes’ Square. Now, you can choose from hundreds of exclusive shops, fancy restaurants on Andrássy Avenue. Once you are there, do not miss stopping at the Hungarian State Opera House. 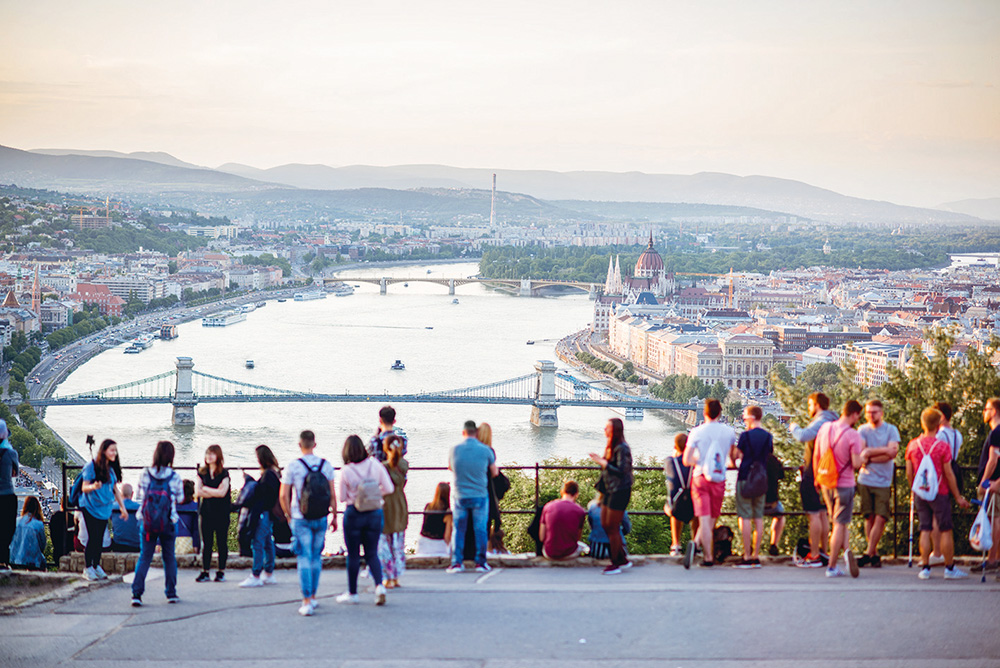 The Old Village of Hollókő and its Surroundings

Are you planning a trip to the Hungarian past? Visit Hollókő! The old part of the village Hollókő, a settlement nestling in the Cserhát Hills, has preserved its distinctive traditions to this very day. Hollókő was the first village to be declared a World Heritage Site. The history of the village goes back to the 13th century, when after the Mongol invasion a castle was built on Szár Hill. The village is not just an open-air museum, which exhibits folk traditions, but also a living village where traditions and everyday life go hand in hand. If you want to get the full-experience, go to Hollókő at Easter and be part of the living tradition by taking part in games and wearing the most authentic costumes. 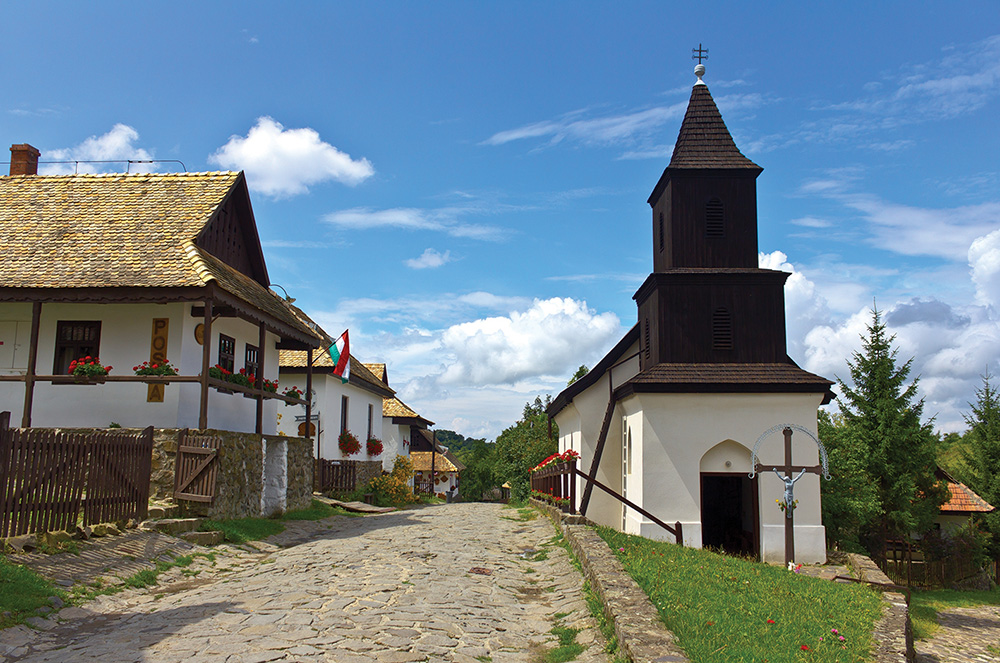 This area stretches across the Hungarian-Slovakian border and is extremely rich in caves. There is a spectacular 22-kilometre-long system of caves in the region. Dazzling rock and crystal formations with names including Dragon’s Head, Tiger, Mother-in-law’s Tongue and the Hall of Giants, as well as dozens of underground lakes and winding passages can be explored on a different range of guided tours. If you prefer active weekends, Aggtelek is one of the best choices!

Millenary Benedictine Abbey of Pannonhalma and its Natural Environment

You might not have heard of Pannonhalma before, but here you can find out why you shouldn’t miss it out from your Hungarian bucket list for travelling. The Archabbey is one of the oldest historical monuments in Hungary; the first Benedictine monks settled here in 996. The 1000-year-long history of the Archabbey is detectable in the succession of architectural styles of the monastic buildings (the oldest dating back to 1224), which house a school and a monastic community to this day. People visit not just because of the special atmosphere of the place but also because of the “Lavender Days” festival which attracts many. Concerts and creative workshops are held in the huge herb garden of the Archabbey. 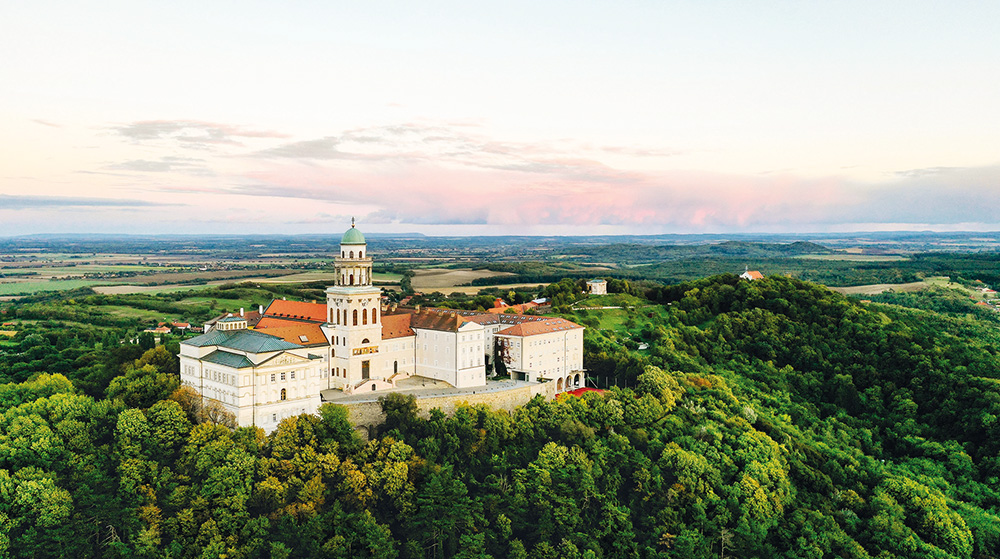 Hortobágy is a 6-thousand-hectare reservation park that presents how the land looked and how herdsmen and their animals lived here before the modern ages. Hortobágy was the first national park opened in 1973 and it is the largest protected area in Hungary. It is not only engaged in the reservation of wildlife but also plays an important part in environmental education, as well as organising field trips in collaboration with the University of Debrecen. The park is just a few kilometres from Debrecen and it’s very easy to reach by train or by car. 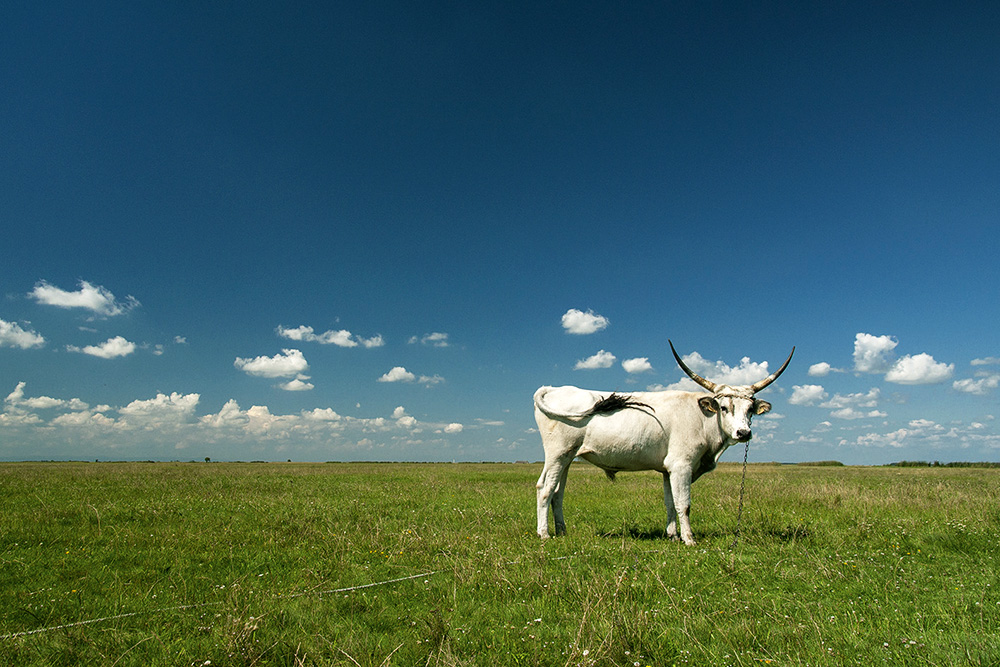 The ancient cemetery of Pécs (Sopianae) was founded by the Romans in the 4th century. This site consists of churches and chapels with ancient tombs underneath and excavations show that it worked as an ancient Christian cemetery.

Lake Fertő is around 20,000 years old situated on the border of Austria and Hungary and it is recognised as one of the most significant natural waters in Europe and considered Europe’s largest salt-water lake. Even Celts and Romans lived here in the ancient times and nowadays it is the common territory of Austria and Hungary. The ethnic groups that followed each other in the area had a strong impact on the area’s cultural landscape. 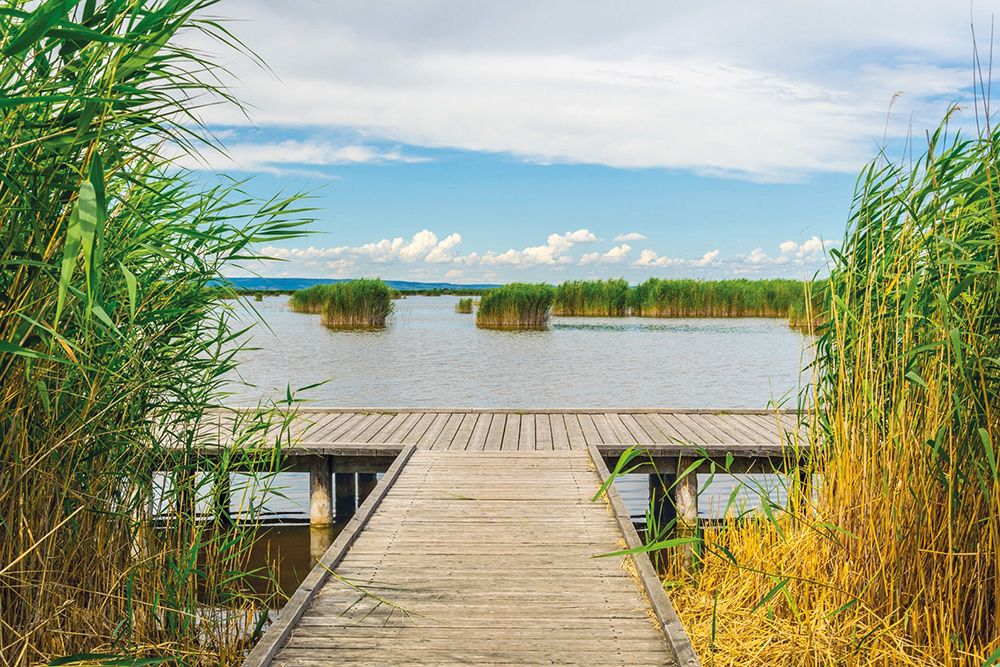 Tokaj’s name must sound familiar to all wine lovers around the world since this region is Hungary’s greatest vineyard extending 11,000 hectares. The area has been protected since 1737 due to its landscape, ecosystem and tradition. The Tokaji aszu wine is accredited as a hungaricum and it is the oldest natural sweet wine in the world. Tokaj is full of wine-tasting opportunities, wine museums and amazing landscapes awaiting your discovery. 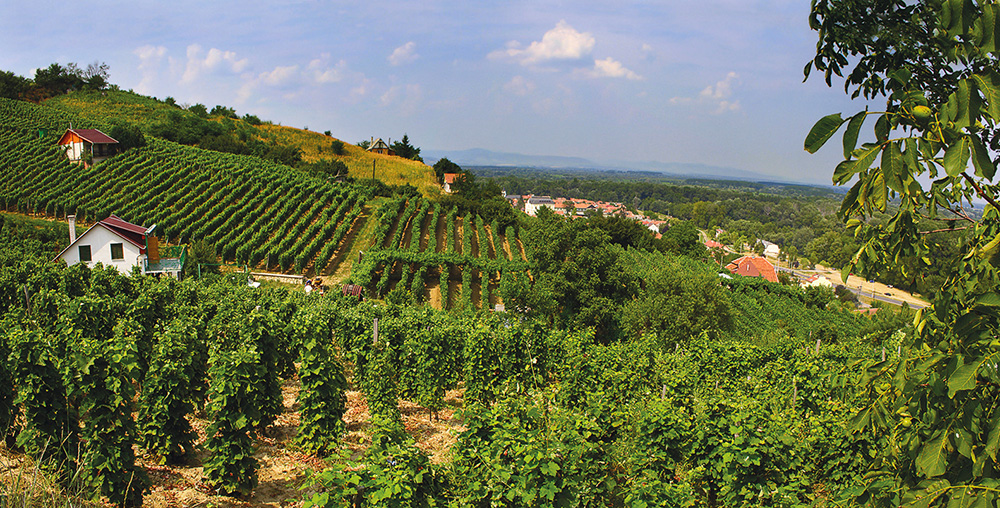 Many thanks for the pictures, text and links to studyhungary.hu